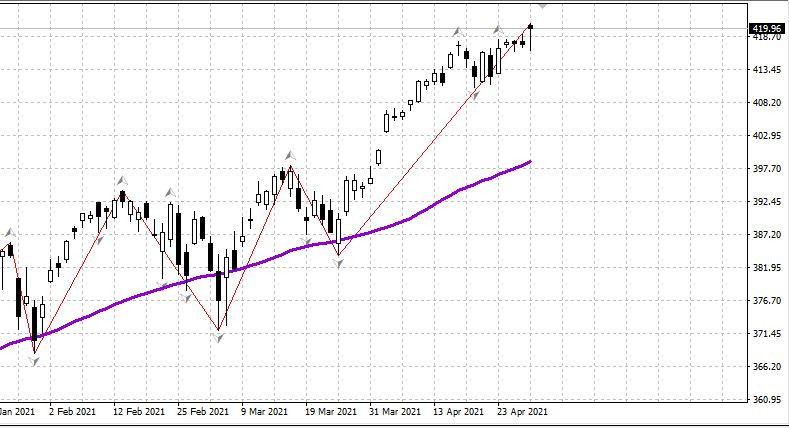 Yesterday, the United States published its Q1 GDP report. The US economy expanded by 6.2% in the first quarter. At the same time, the GDP deflator increased to 4.1%. Meanwhile, the number of jobless claims stabilized at 550K, and continuing jobless claims were at 3.6 million. US stocks increased on a strong GDP report: the Dow and the S&P 500 gained 0.7%, NASDAQ climbed 0.2%.

China’s manufacturing PMI decreased to 51.1 from a month earlier.

In Japan, unemployment declined to 2.6%, beating market expectations. Housing starts unexpectedly surged by 1.5%. All in all, Japan’s economic data turned out to be quite positive.

WTI: the price has fallen by 0.6% to 64.40 today. The price reached the April high amid a strong US GDP report yesterday. The upward potential looks limited. The benchmark is expected to be trading in the 63.50–65.50 range.