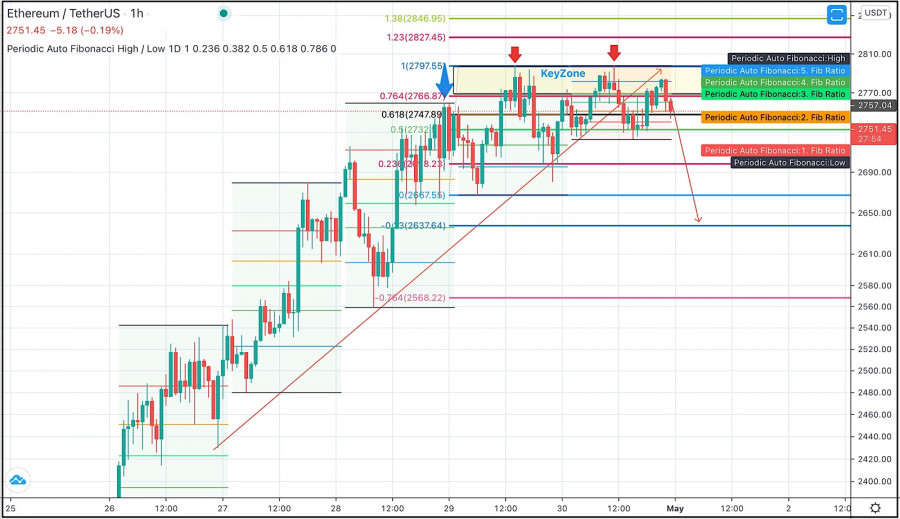 Etherium/USD has established the ongoing bullish movement around the price level of 2165 on April 21.

Since then, the market has been quite bullish on Ethereum with new DAIlY highs being hit every day.

This brought another bullish movement to challenge the previous Daily High at 2760.

Although temporary bullish breakout was expressed above it, this turned to be a false breakout.

This indicates lack of bullish persistence around these price levels rendering the short-term outlook as bearish and a high probability bearish pullback.

Currently, any bullish pullback towards the price Zone of 2770-2795 should be considered for SELLING Ethereum against USD.

Initial T/p levels to be located around 2696 and 2660 while Exit level should be placed slightly above 2800.

On the other hand, Bullish breakout above 2795 can liberate a quick bullish movement towards 2826 and 2846

Mixed close for European stocks to end the week