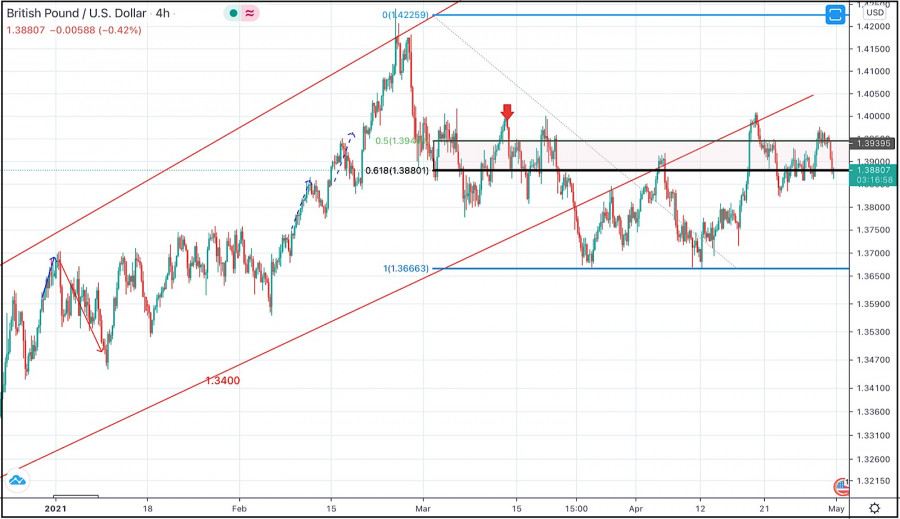 Recently, short-term outlook has turned into bearish after the GBP/USD pair could maintain movement below the price zone of 1.3900-1.3850 which corresponded to (61.8%-50%) Fibonacci zone.

However, the GBPUSD pair was contained above the demand level of (1.3660) and below the key-level around 1.3900 before a temporary bullish spike could reach the price level of 1.4000 earlier last week.

This failed bullish spike above 1.3900 has re-tested the backside of the depicted broken channel which applied significant bearish pressure on the pair.

Yesterday, temporary signs of bullish breakout above 1.3950 were witnessed. However, this turned out to be a bullish trap once the EURUSD pair returned below 1.3950 again.

Otherwise, the GBPUSD remains trapped between the depicted two price levels ( 1.3880 and 1.3950 ) until breakout occurs in either directions.