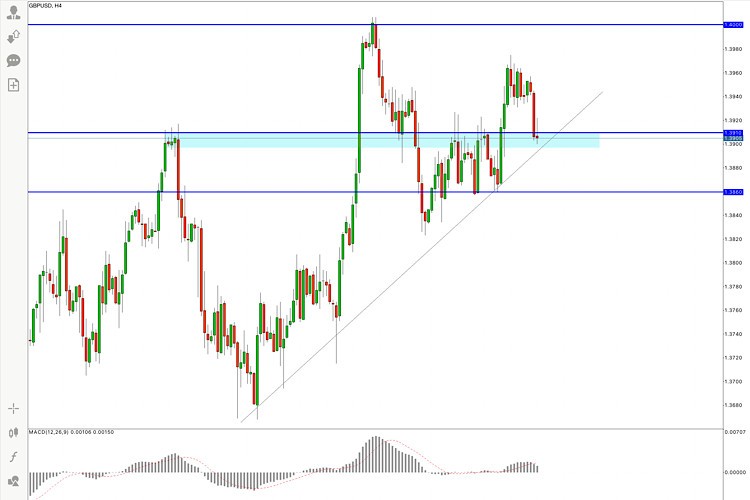 The GBP/USD pair refreshed daily lows during the early European session, with bears now awaiting a sustained break below the 1.3900 round-figure mark.The greenback is edging higher alongside Treasury yields and after the satisfactory US GDP figures. Personal Income, Personal Spending and Core PCE are eyed.

The pair extended the previous day’s retracement slide from over one-week tops, around the 1.3975 region and witnessed some selling on the last trading day of the week. This marked the first day of a negative move in the previous six trading sessions and was sponsored by a modest US dollar strength.

From a technical perspective Pound/dollar has been holding up above the ascending trendline support on the four-hour chart, and also benefits from upside momentum. The MACD indicator is on positive ground, thus far from causing worries about overbought conditions.