EUR/USD is trading in the red at 1.2108 at the time of writing but the bias is still bullish as long as it stays above the immediate uptrend line. The current decline is natural after the last strong rally and as the USDX jumped higher.

The US Personal Income, Personal Spending, Chicago PMI, Revised UoM Consumer Sentiment data will be reported later. Better than expected US figures could help the dollar to increase a little in the short term. 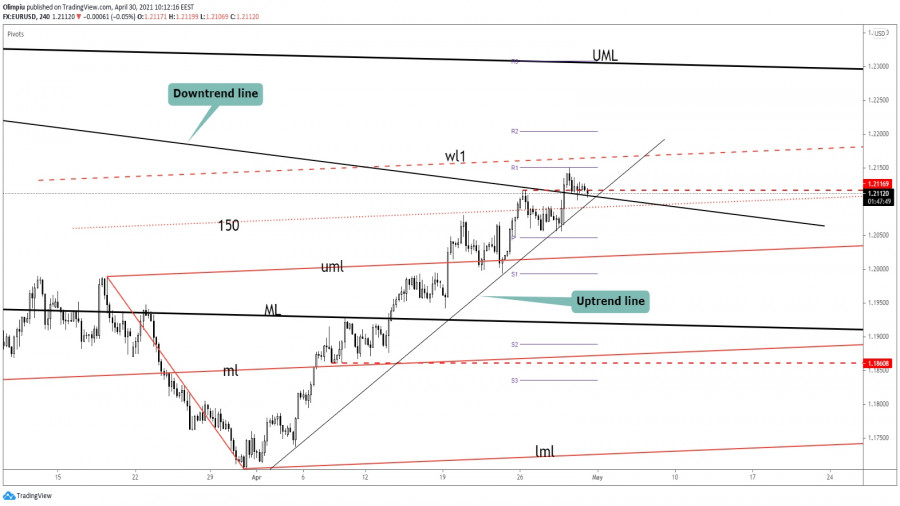 EUR/USD has found temporary resistance and now is testing and retesting the broken downtrend line. The bias remains bullish as long as it stays above the uptrend line.

Staying and stabilizing above the downtrend line and the uptrend line could bring new long opportunities. Some poor US data reported later should push the pair higher as the US Dollar Index may decline further.

Personally, I believe that only a false breakdown below the uptrend line and stabilizing under the downtrend line could invalidate further growth and could bring a new selling opportunity.

A new higher high, valid breakout above the R1 (1.2150) could signal more gains towards the upper median line of the descending pitchfork.

I believe that only a valid breakdown below the weekly Pivot point (1.2046) could signal a decline and a potential downside reversal!