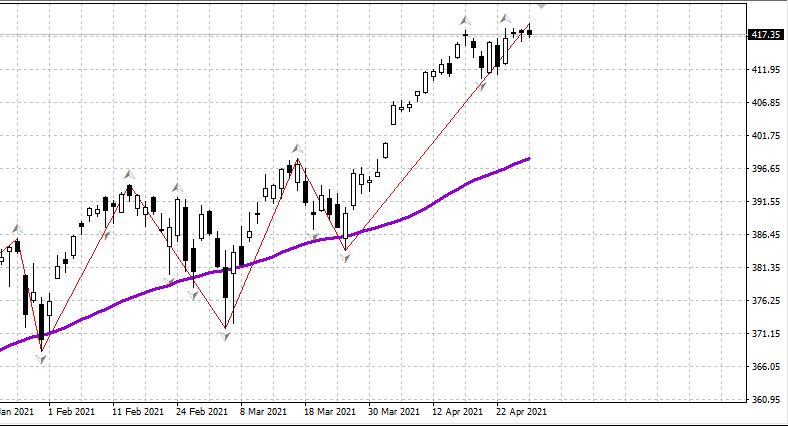 S&P500 dynamic ahead of the market opening

The US published its GDP report for the first quarter. The data is strong, but ambiguous. GDP advanced by 6.2% on a yearly basis, proving the highest forecasts. However, the GDP deflator surged by 4.1%. This is a real alarm signal for the US Fed.