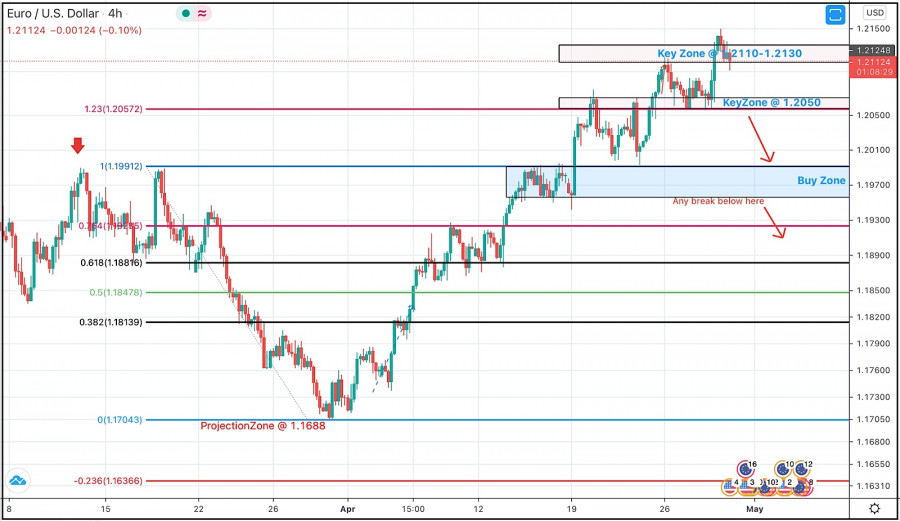 More bullish advancement was expected to pursue towards 1.2100 – 1.2150 where bearish rejection was anticipated. Instead, temporary bullish breakout above this level is being expressed.

As the current price levels are quite overpriced, re-consolidation below 1.2150 and bearish breakout below the price zone of 1.2050-1.2000 is needed to establish a short-term downtrend.

Hence, more bearish decline would be expected towards 1.1990.