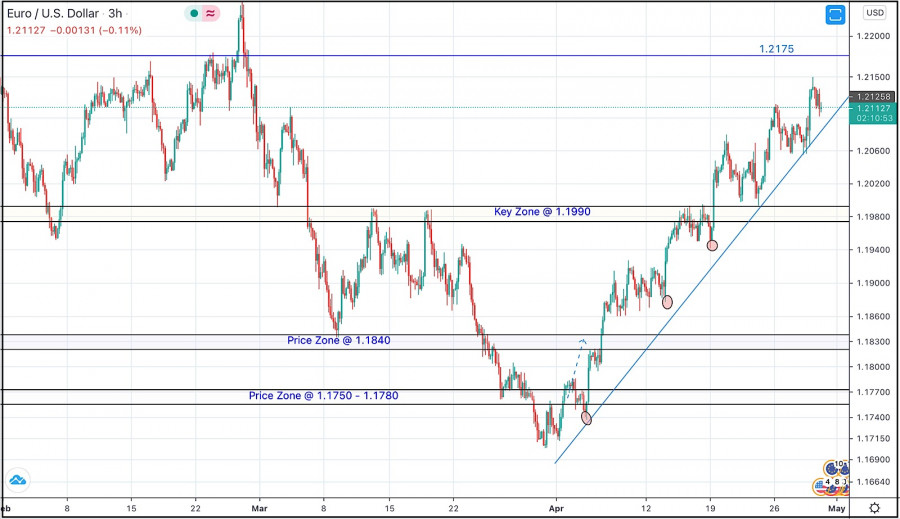 Currently, as long as the ongoing breakout above 1.1990 is maintained, more upside movement is expected to pursue towards 1.2175 where price action should be watched cautiously.

Otherwise, any breakdown to the downside below 1.2060 brings SELLING Pressure into the market for more downside movement towards 1.1990 and probably 1.1990 then 1.1840 if previous price levels got broken to the downside at the time of the testing