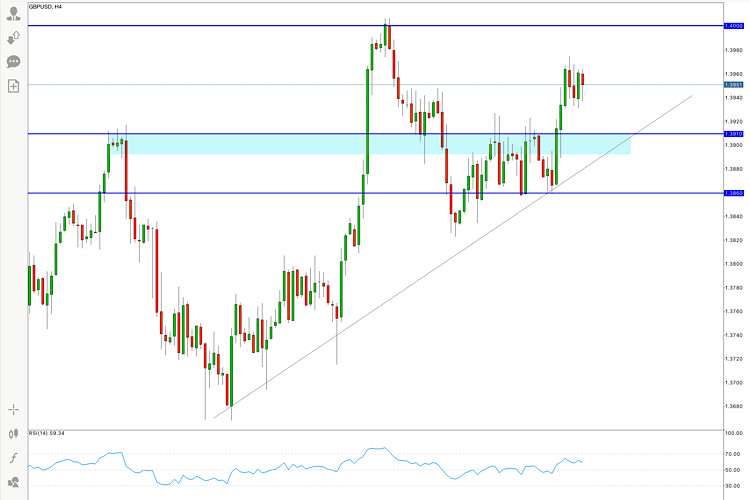 GBP/USD is trading at around 1.3950, off the highs. US yields have been rising after components of US GDP showed robust growth. Concerns about Northern Ireland are weighing on the pound.

The four-hour chart is more upbeat for pound/dollar bulls. Momentum remains to the upside while the recent upswing has pushed cable above the critical barrier 1.3910, while the Relative Strength Index (RSI) remains below 70 – outside overbought conditions.

That said, the lack of any strong follow-through buying around the GBP/USD pair warrants some caution for aggressive bullish traders. Hence, it will be prudent to wait for a sustained strength beyond the key 1.4000 psychological mark before positioning for any further near-term appreciating move.