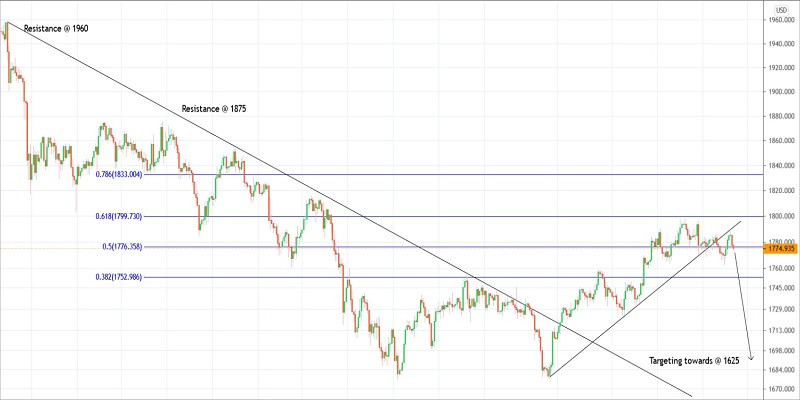 Gold might have completed its corrective rally just below $1,800 levels, around April 22, 2021. The overall correction began from $1,676 lows on March 08, 2021 and it has taken a complex structure to terminate. Also note that the yellow metal had managed to reach the fibonacci 0.618 retracement of its recent downswing between $1,875 and $1,676 levels respectively.

Gold has been in a downtrend since $1,960 highs registered in January 2021. The metal has carved a series of lower lows and lower highs already and is looking to resume lower towards $1,625 mark. Also note that it has tested the back side of support turned resistance trend line today. Bears are set to remain in control, going forward.