Ethereum is trading in the green at 2,730 level and it seems poised to resume its growth after retesting the broken upside obstacles. The bias is bullish, so the crypto could resume its major uptrend.

You already know from my analysis that the outlook is bullish and that a valid breakout from the major up channel and a new higher high validates more gains. 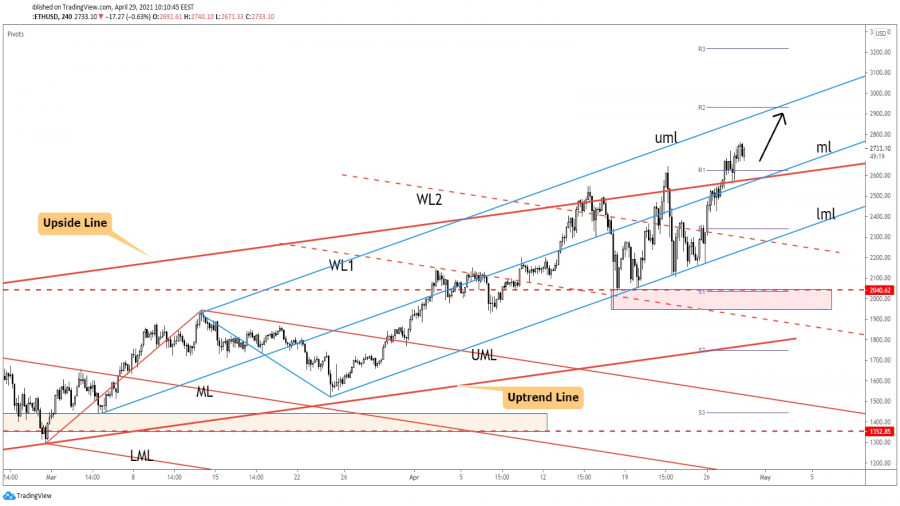 ETH/USD confirmed its breakout above the up channel’s upside line and through the R1 (2,623) and now is targeting the ascending pitchfork’s upper median line (uml). Ethereum is strongly bullish after escaping from the up channel’s body.

The R2 (2,932) could be used as an upside target as well. The bias will remain bullish as long as the price is traded above the R1 (2,625) and beyond the ascending pitchfork’s median line (ml).

Closing above 2,719 former high after retesting the broken upside line confirmed further growth. A minor consolidation in the short term could bring a new long opportunity.

ETH/USD could increase very well without any consolidation after stabilizing above the broken levels. The upper median line (uml) and the R2 (2,932) are seen as the next targets.