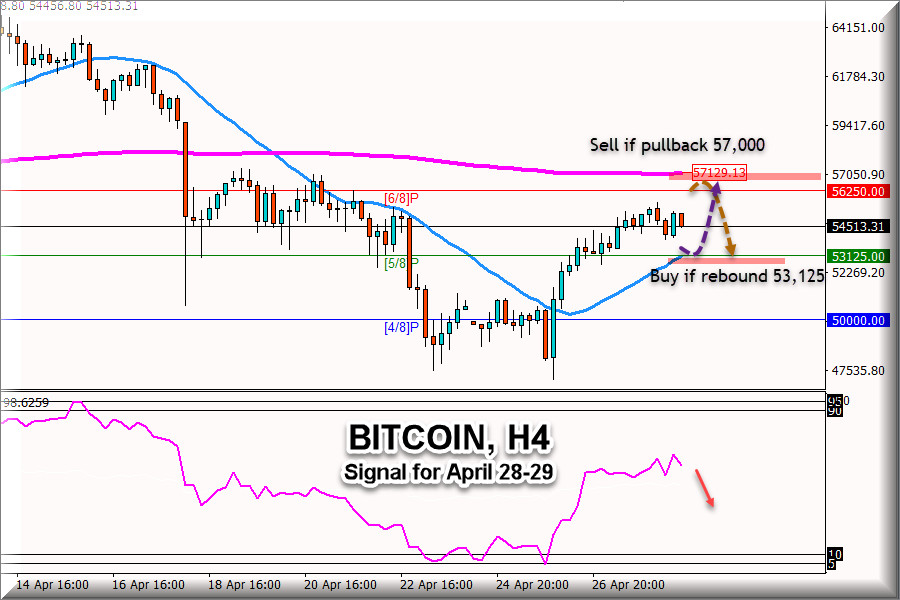 In the early American session, Bitcoin, BTC/USD is trading below the 200 EMA located at 57,150. Besides, at this level there is the strong resistance of 6/8 of murray, giving some downward pressure to Bitcoin.

From its all-time high around the 64,000 zone, BTC fell to 47,000 in just 2 weeks, in view of the strong volatility of Bitcoin investors are watching for BTC to break the 60,000 zone again to add new positions in the market .

As long as Bitcoin remains below the 200 EMA and below the psychological level of 60,000, it is expected that there will be some consolidation to accumulate more bullish positions and break this barrier and may reach the key level of 72,500.

In the short term we expect to sell below 57,000 and buy if it bounces off the 21 SMA around 53.125. The eagle indicator is showing a bearish signal, which we could expect a correction in the next few hours.