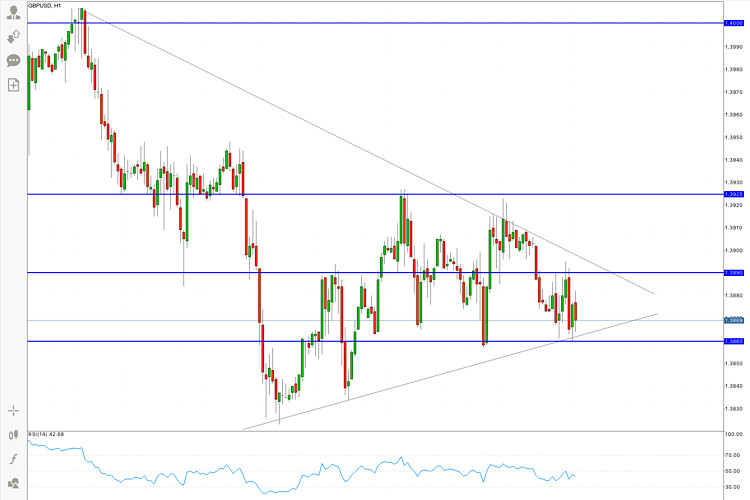 GBP/USD stays pressured below 1.3900 as a rush to risk-safety put a bid under the US dollar while heading into the London open. Although the pre-Fed mood is a stronger catalyst weighing on the cable, Europe’s final voting on the Brexit trade deal with the UK also backs the bears.

The GBP/USD pair has managed to recover around 25-30 pips from the early European session swing lows and was last seen trading with modest losses, just below the 1.3900 mark.

The US dollar found some support from some strong follow-through uptick in the US Treasury bond yields. On the other hand, the British pound was weighed down by the UK political turmoil amid the controversy on funding arrangement for Prime Minister Boris Johnson’s official apartment. That said, the optimism over the gradual reopening of the UK economy helped limit any deeper losses for the GBP/USD pair.

From a technical perspective, the pair on Tuesday struggled to break through the 1.3925-30 region, or a resistance marked by a one-week-old descending trend-line. The subsequent pullback, however, showed some resilience below another ascending trend-line. The combination of converging trendlines constitute the formation of a symmetrical triangle and points to indecision over the pair’s near-term trajectory.

Meanwhile, technical indicators on daily/4-hour charts are holding with a mild positive bias and support prospects for a bullish breakout. That said, bulls might still be prudent to wait for a sustained break through the triangle resistance, around the 1.3925-30 region before placing fresh bets. The mentioned barrier coincides with weekly tops, above which the GBP/USD pair might aim to reclaim the key 1.4000 psychological mark.

Conversely, a convincing break through the symmetrical triangle support, around the 1.3860 region will shift the near-term bias in favour of bearish traders. The subsequent selling pressure has the potential to drag the GBP/USD pair further towards the 1.3825-20 support en-route last week’s swing lows near the 1.3800 mark. Failure to defend the said support levels should pave the way for a slide back towards the 1.3715 support zone.