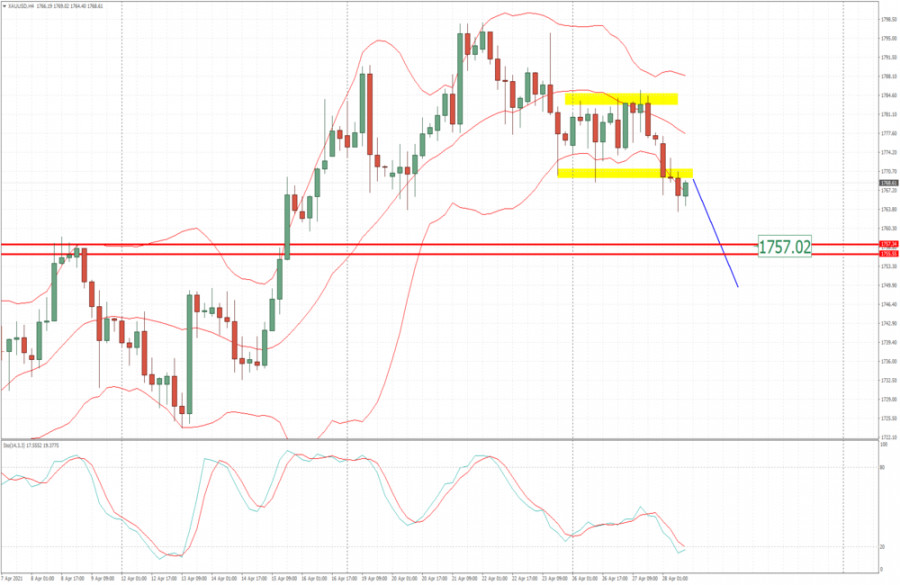 Analyzing the current trading chart of GOld, I found that sellers are in control and that there is the downside breakout of the consolidation, which is good sign for further downside movement.

My advice is to watch for selling opportunities on the rallies with the downside targets at $1.757.

Additionally, there is the breakout of the Head and Shoulders pattern, which is another confirmation for the downside….