USD/JPY found strong support and now it could jump higher in the short term. USDX’s current rebound could force the pair to increase after its most recent corrective phase. We still need confirmation as the pair moves sideways in the short term.

The FOMC meeting and press conference could shake the markets later today. A dovish FED should attract the sellers again. Still, the Federal Reserve is expected to have a neutral speech, so USD/CHF could resume its growth after good data reported lately from the US. 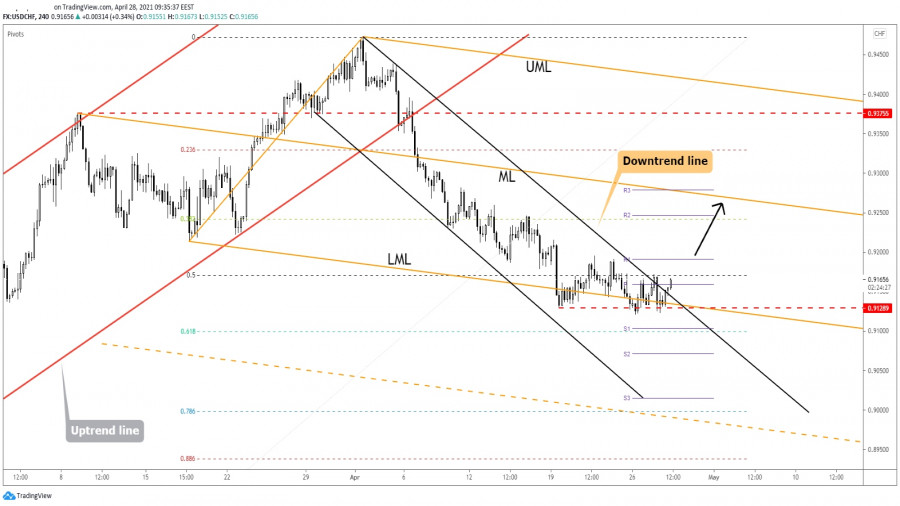 USD/CHF failed to stabilize under the lower median line (LML) of the descending pitchfork signaling that it could develop a new leg higher. Now the pair is trading above the weekly pivot (0.9159) pressuring the 50% retracement level.

A valid breakout above the weekly R1 (0.9190) could bring a good long entry with a potential upside target at the median line (ML) of the descending pitchfork.