The stock price of Tesla has most probably completed a wave II formation at recent highs at $780 and has now started a new impulsive move lower. So far we have seen a clear impulsive downward wave from $899 to $539. It was followed by a three wave upward correction and we now have many chances that this is over. 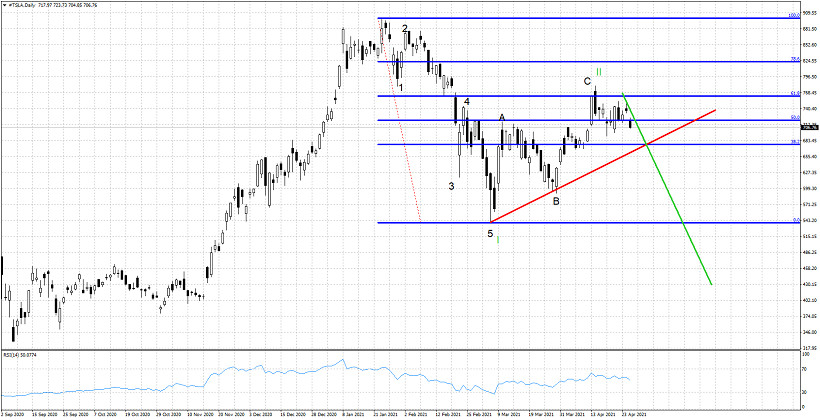 Tesla stock price got rejected at the 61.8% Fibonacci retracement. Support is found at $662. Breaking below this level will increase chances of this bearish scenario. Our view is to see another leg down in Tesla stock price similar to the first decline if not bigger. This could lead price towards $430. We prefer to be bearish Tesla stock price with a stop at recent highs of $780.