In our last XRP/USD analysis we mentioned the increased chances of a major low in place and the bullish signal that was given as price was breaking above the key short-term downward sloping resistance trend line at $1.15. 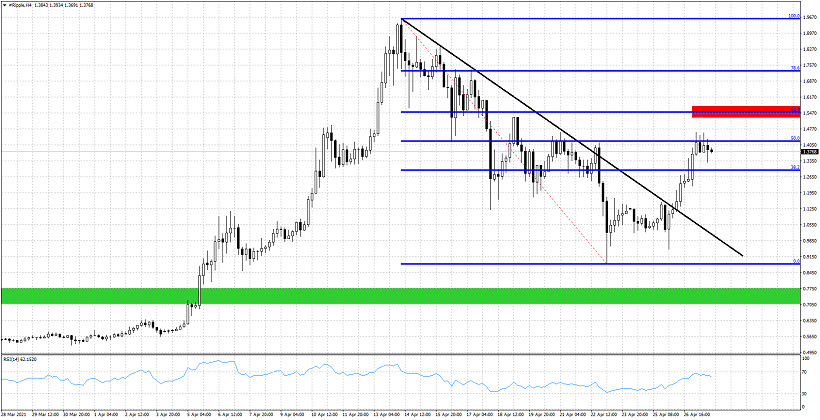 XRP/USD has made an impressive 25% run higher towards $1.46 since our bullish signal analysis. Price has so far reached the 50% Fibonacci retracement and short-term trend is bullish as price is making higher highs and higher lows. Support is now found at $1.15-$1.10 area and next at $0.94. A break below $0.94 will open the way for a move towards $0.75. Key resistance is found now at the 61.8% Fibonacci retracement. Bulls need to break above this level in order to have hopes for a move to new highs above $1.97.