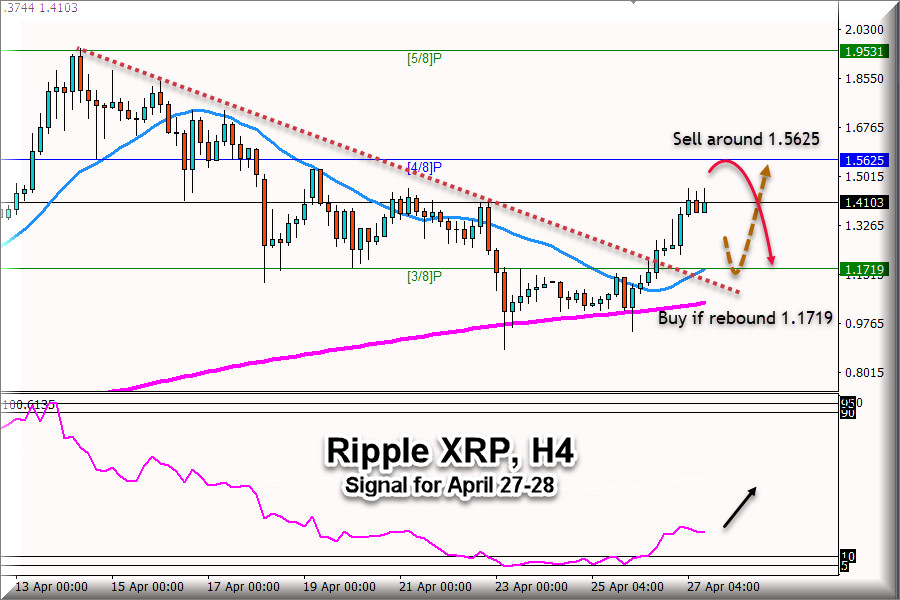 In the early hours of the American session, the price of XRP is trading above the 200 EMA and the 21 SMA, and above the 3/8 of Murray.

XRP at the beginning of the week, technically bounced off the 200 EMA around 0.9765, then from that point it gained momentum that now remains at 1.41, with a recovery of more than 40% in a few days. The cryptocurrency currently has a market capitalization of more than $ 53 billion.

XRP is up more than 500% in the last 16 weeks. XRP started this year at a price level of roughly $ 0.23. The goal by the end of the year according to some analysts is for it to reach the key level of .3 dollars.

On the 4-hour chart, we notice a resistance at the 4/8 Murray pivot, around 1.5625, this level is key if it fails to break there could be a retracement to the 1.17 support zone.