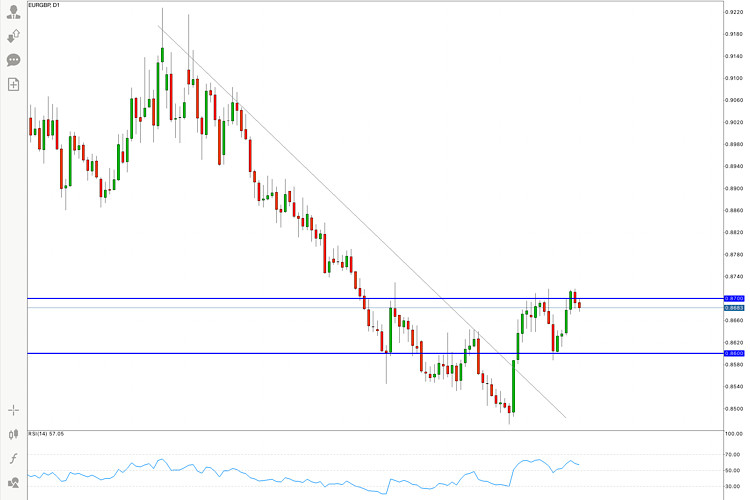 The EUR/GBP cross seesawed between tepid gains/minor losses through the mid-European session and was last seen hovering in the neutral territory, just below the 0.8700 mark.

A combination of diverging forces failed to provide any meaningful impetus to the cross, rather led to a subdued/rage-bound price action through the major part of the trading action on Tuesday. The EUR/GBP cross, for now, seems to have stalled the overnight pullback from two-month tops, around the 0.8715-20 area, though the upside remains capped.

The British pound remained well supported by the optimism over the rapid rollout of coronavirus vaccines and the continuous decline in cases in the UK. As the UK vaccine minister confirmed this Tuesday, 25% of all adults have now been fully vaccinated. This bodes well with the UK Prime Minister Boris Johnson’s plan for the gradual reopening of the economy.

Looking at the technical picture, the near-term bias remains tilted firmly in favour of bullish traders. That said, it will still be prudent to wait for some follow-through buying beyond the 0.8715-20 region before positioning for an extension of the recent strong recovery from over one-year lows, around the 0.8470 region touched earlier this April.