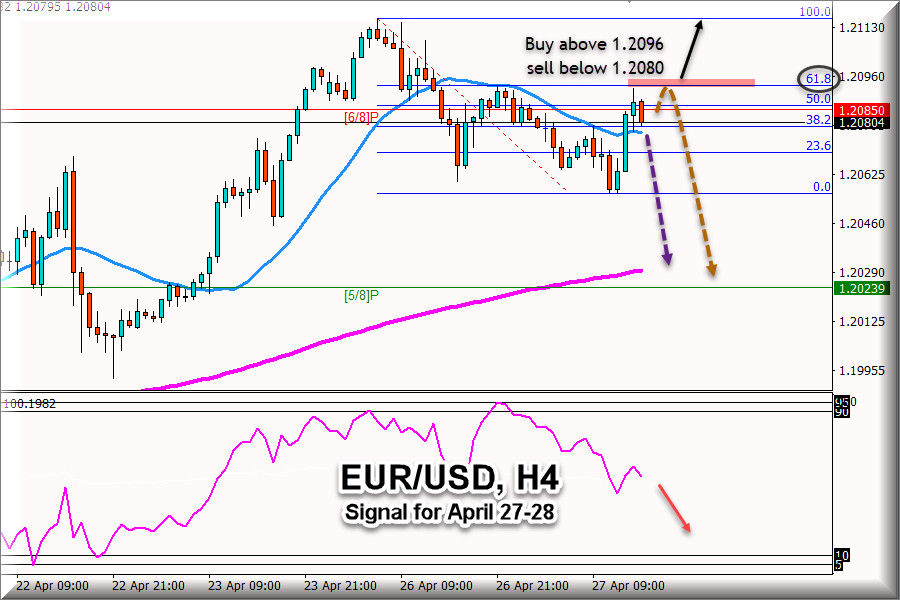 In the early hours of the American session, the EUR / USD pair is trading above the SMA of 21 and below the 61.8% Fibonacci retracement, and below the 6/8 of Murray according to the 4-hour chart.

The 10-year Treasury yield has risen to 1.58%, which will give the dollar more bullish strength and could push down all its rivals, especially EUR.

Markets are waiting for some clues about further monetary policy from the Fed, which will be released on Wednesday. There is only speculation for now, and the Euro is likely to consolidate until waiting for the data to be released.

On the technical level, we note that EUR / USD has made a Fibonacci retracement towards 61.8%, and from that point it is retreating. The pair is expected to resume its bearish path that started yesterday.

On the other hand, a consolidation below 1.2068, where the 21 SMA is located, will add more bearish force to the pair and could accelerate the decline to the 200 EMA located at 1.2023, which also coincides with 5/8 Murray.

The eagle indicator is showing a bearish signal. It is likely that in the next few hours there will be a correction of the pair towards support levels in the zone of the psychological level of 1.20.

The market sentiment report shows that there are 65.32% of traders who are selling the pair, this is a sign that the euro could continue its bullish path, but we should expect a rebound at 1.2000 for a new bullish wave.