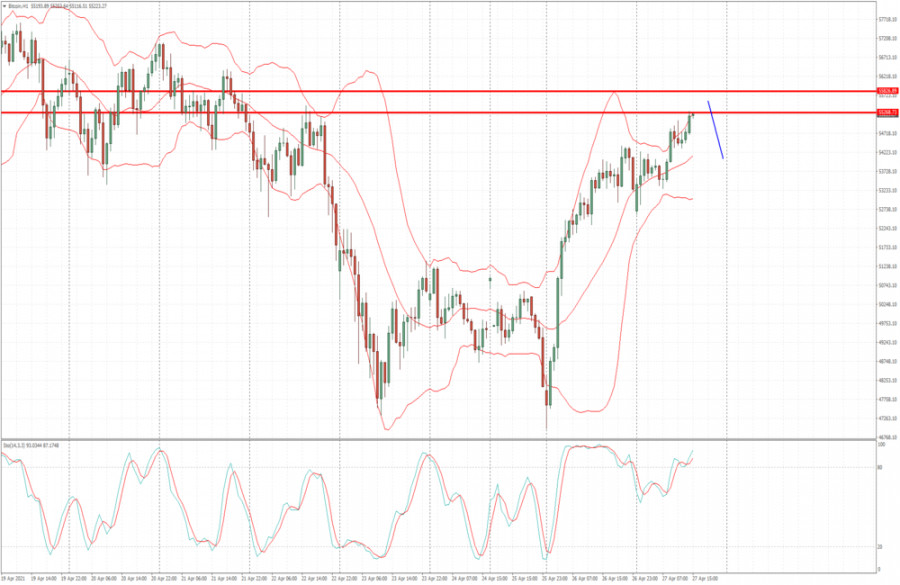 Analyzing the current trading chart of BTC, I found that buyers are in control but that important resistance at the price of $52.300 is on the test.

Due to the overbought condition there is overall risk for the buyers and potential for the downside rotation.

Intraday advice will be to watch for bearish divergences and try to play for the reversion to the mean into the $53.750