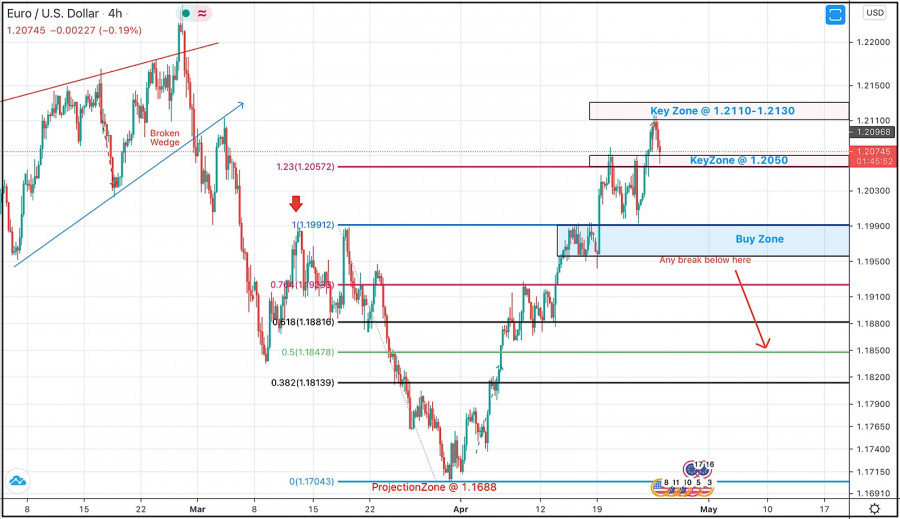 More bullish advancement was expected to pursue towards 1.2100 – 1.2150 where bearish rejection was anticipated.

The EUR/USD remains bullish in the short-term unless the pair returns back below 1.2050 soon enough. Hence, more bearish decline would be expected towards 1.1990.