XRP/USD made another dive below $1 earlier today and fell as low as $0.94. Price did not break below recent low of $0.88 and is now pushing above the short-term resistance trend line and is trading above $1.15. This price action is bullish and justifies at least bounce towards $1.50 if not new highs above $1.97. A major low could be in place already. 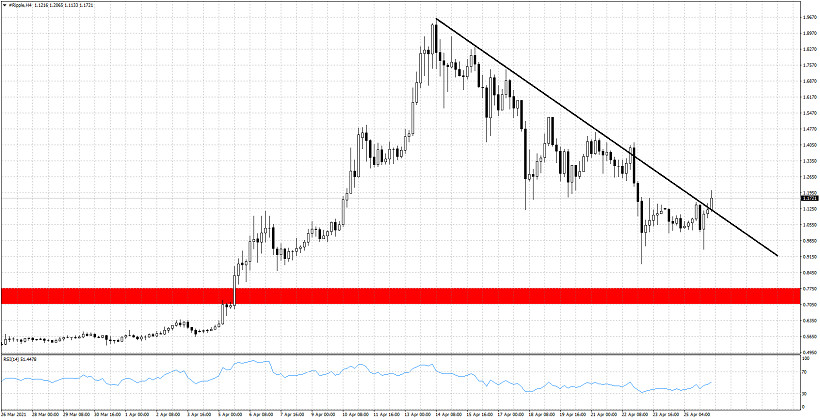 So far price was trading below the black resistance trend line and each time it approached it, we saw a rejection. Price today made a higher low and is now breaking above this resistance trend line. This is a bullish signal. We haven’t seen one for some time and none after the top at $1.97. This bullish signal could unfold into a big reversal signal if the recent low at $0.88 is not violated again. This could mean that the entire correction we are in since $1.97 is over and we should now expect the next upward wave. 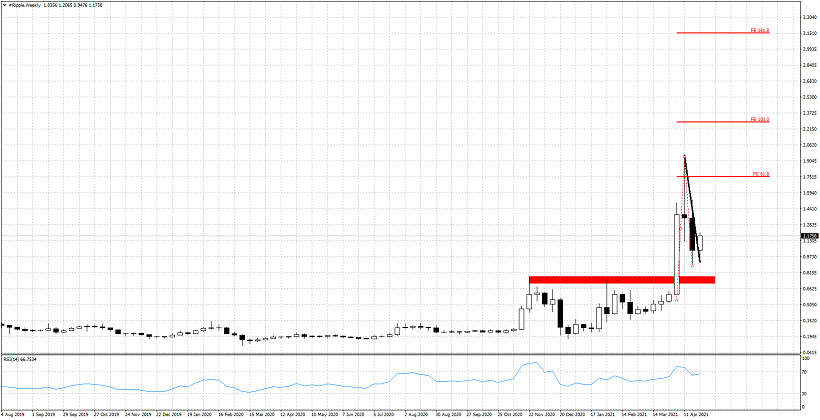 Two targets for the next upward move, considering that the low is in. First target is at $2.28 and next target at $3.15. It is important to see price now starting making higher highs and higher lows as it did from $0.55 to $1.97. Short-term resistance is now found at $1.40, $1.52 and $1.70. Bulls need to recapture these levels and defend today’s low at $0.94. The material has been provided by InstaForex Company – www.instaforex.com