The yellow metal could decrease a little before jumping higher again. Technically, the price has shown exhausted signs, so the current decline is natural. 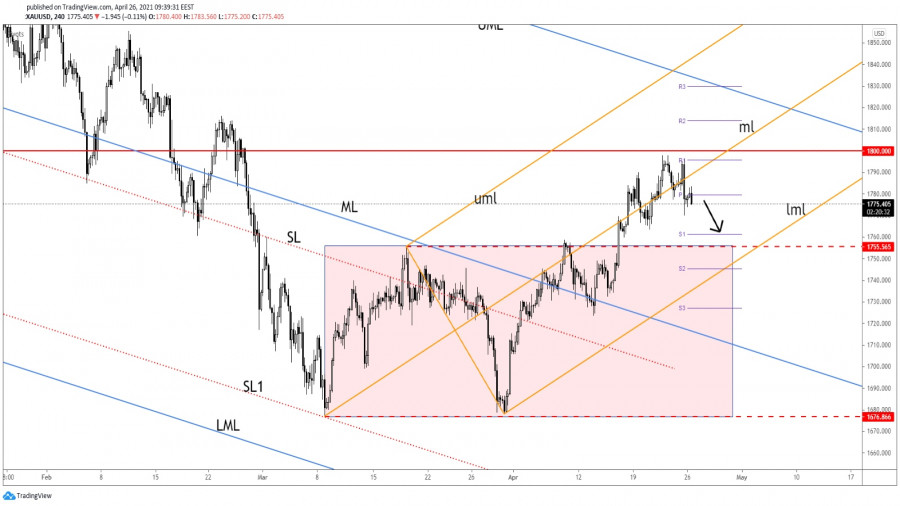 As you can see on the h4 chart, the rate failed to reach the 1,800 level finding resistance at the weekly R1 (1,795). Its failure to stabilize above the ascending pitchfork’s median line (ml) signals a temporary decline.

Stabilizing below the weekly pivot (1,779) could announce a further decline with an immediate downside target at the S1 (1,761). A short-term decline could help us to catch a new swing higher.

Gold could slip lower in the short term if it stabilizes under the weekly pivot (1,779). The S1 and the 1,755 level are seen as downside targets. The bias will remain bullish despite a temporary drop as long as it stays within the ascending pitchfork’s body.