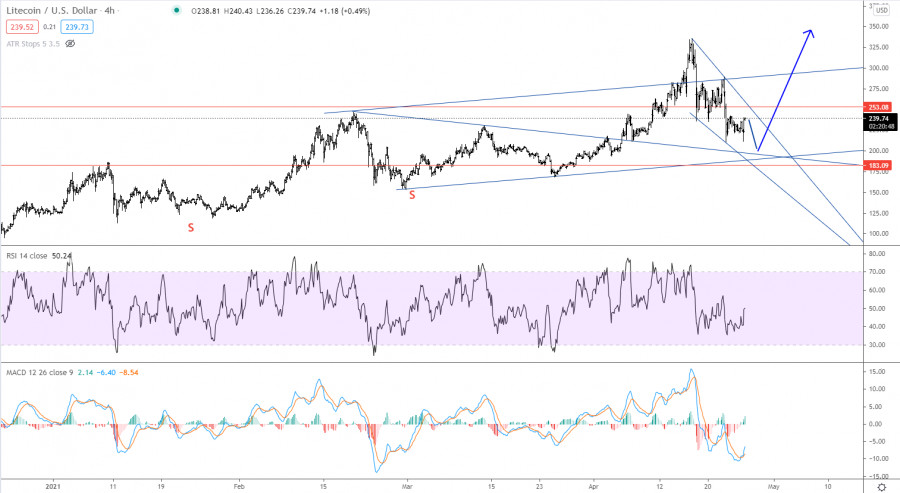 The decline from 335.79 has been larger than expected and could move closer to support at 197 before the next impulsive rally higher to 335.79 and above. A direct break above resistance at 253 will indicate that the corrective decline from 335.79 has already been completed and the next impulsive rally to 335.79 and above is in motion.