Gold has increased as much as 1,797 level where it has found strong resistance. Now is trading in the red at 1,783 and it seems heavy in the short term.

The yellow metal could decline if the USD resumes its rebound and appreciation versus its rivals. Some good US data reported later today could boost the USD and could force the price of gold to decrease. 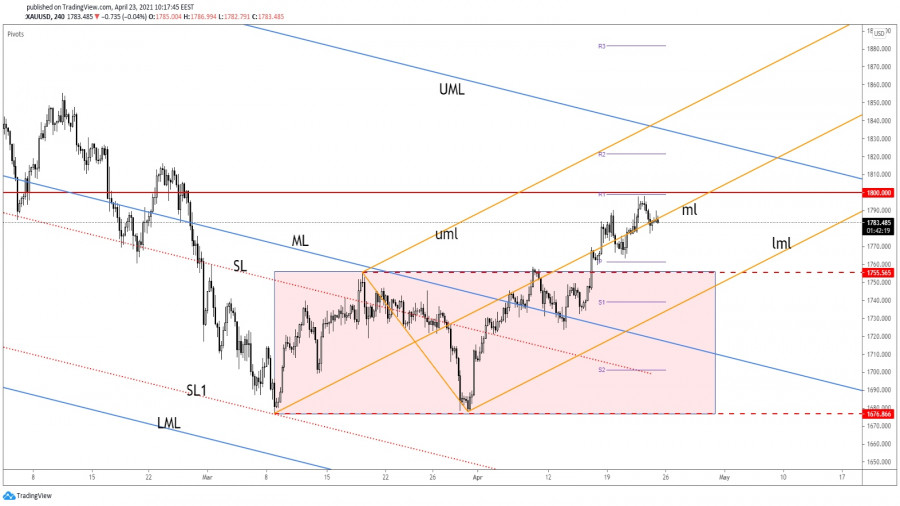 Gold failed to reach the 1,800 psychological level or the R1 (1,799) level signaling the buyers exhaustion. Now it has dropped below the ascending pitchfork’s median line (ML).

Stabilizing below the median line (ml) may bring a short term sell-off. XAU/USD could come down to test and retest the weekly pivot of 1,761 or the 1,755 before resuming its swing higher.

You should be careful today because poor US economic figures should lift Gold which could reach new highs after the current decline.

Sell Gold in the short term if the rate drops and closes below 1,777.47 immediate low and use the pivot point (1,761.40) as the first downside target.

Buy Gold if the rate comes back above the median line (ml) and after registering a valid breakout above the 1,800 psychological level.