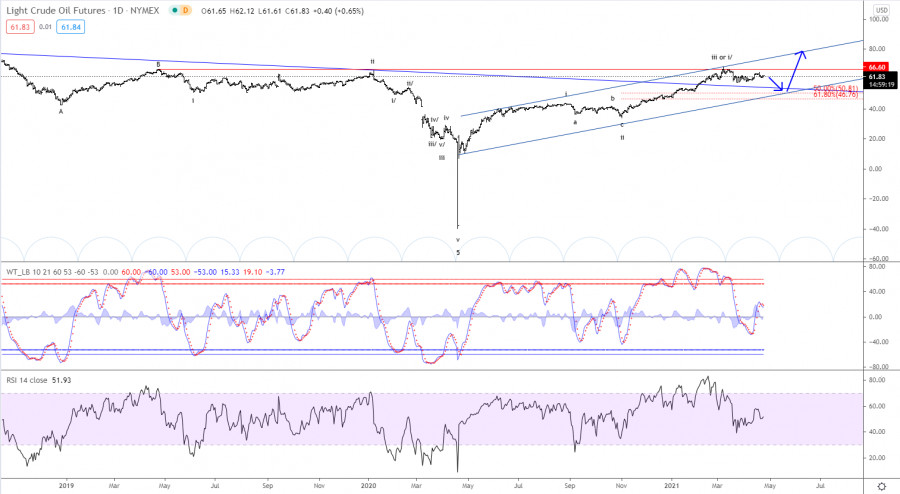 We have see a small five wave decline from the March 8 peak at 67.99 indication that more corrective downside pressure is need before this correction is complete. Therefore we expect the minor peak at 64.38 was the peak of wave b and wave c to below 57.26 and ideally close to 53.68 now is in motion.

Longer-term we expect Crude oil to continue its underlying uptrend once this correction is complete, which we expect will be near 53.68 for a continuation towards 75.73.