USDJPY has declined from 111 to 108 as expected after breaking out of the bullish channel. Price has stopped the decline right at the 38% Fibonacci retracement and key short-term support. A bounce towards 109-110 is justified at this point in time. Price might make a new lower low towards 107.70 before bouncing higher. 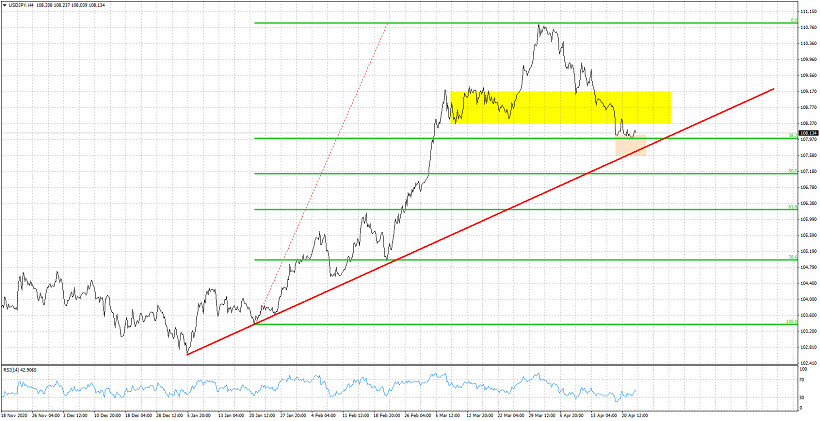