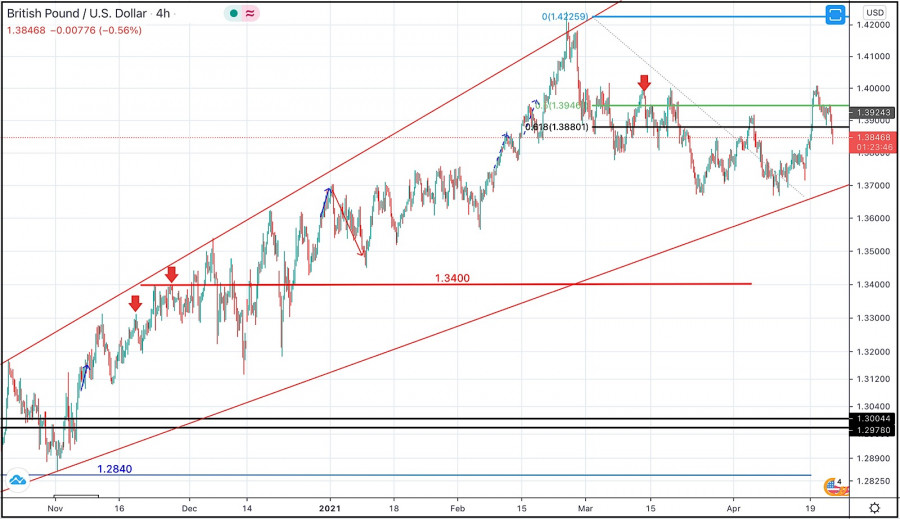 Recently, hort-term outlook has turned into bearish after the GBP/USD pair could maintain movement below the price zone of 1.3820-1.3900 which corresponded to (61.8%-50%) Fibonacci zone.

However, the GBPUSD pair was trapped above the ascending trend (1.3670) and below the key-level around 1.3850 before a temporary bullish breakout above 1.3945 took place this week.

This failed bullish spike above 1.3900 will probably lead to more bearish decline. Initial bearish target would be located at 1.3700 and 1.3550.