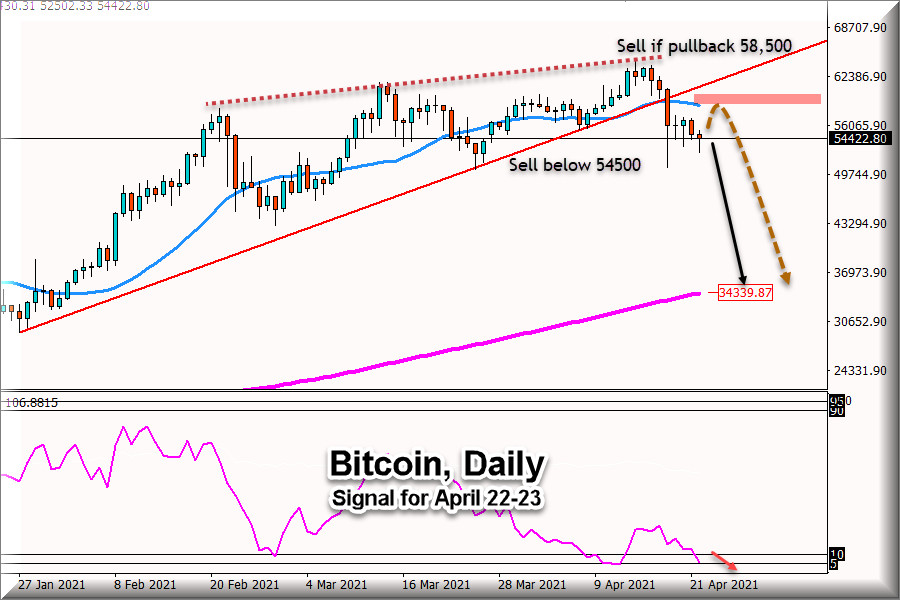 The Bitcoin BTC/USD, in daily charts, the outlook is bearish, we notice a change of scenario given that the SMA of 21 (58640) is located above the trading price, and the support of the EMA of 200 is located at (34,339)

This daily analysis shows that Bitcoin could prepare for a medium-term correction that could fall to support levels of 34,339, the first reason being that it has broken its uptrend channel that began on January 27, 2021.

A consolidation below 59,000 and the psychological level of 50,000 in a short time could be expected, but the sharp break of some of these range points for a new move either bullish or bearish.

For now our recommendation is to sell below the SMA of 21, whenever there is a bounce to this zone, with objects at 50,000 and lower if this psychological level is broken.

On the contrary, in daily charts a consolidation above the 60,000 level, we could expect a new maximum levels of 70,000 and 76000 in the medium term, therefore the key is to watch the 59,000 area for any market scenario.