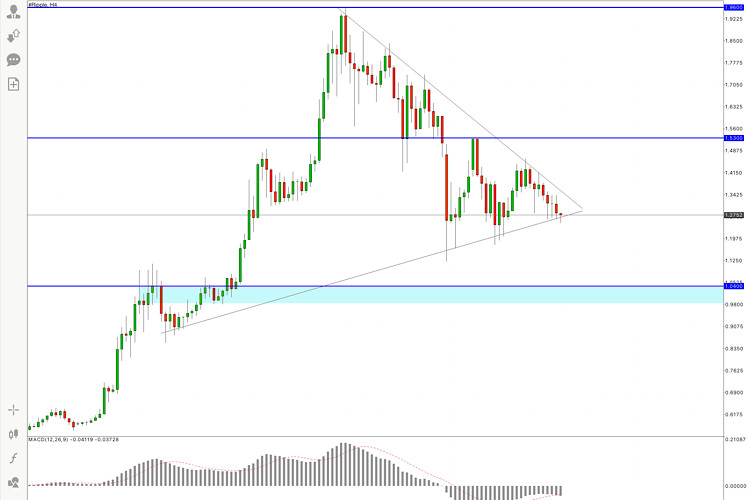 XRP price has been in a corrective phase for over a week and could retrace more before it begins to turn around. XRP price has recently sliced through a crucial area of demand that extends from $1.31 to $1.42. A failure to reclaim this level will result in bearish. Such a development could push the remittance token down by 18% to the subsequent demand zone’s upper boundary at $1.04.

Additionally, the 4-hour chart shows the formation of a triangle, a breakdown of which could result in a steep correction. This technical formation contains an initial drop, which forms a flagpole, followed by consolidation between two converging trend lines.

Regardless of the short-term bearish outlook provided by the technical analysis and some on-chain metrics, a sudden spike in bullish pressure that results in a decisive close above $1.53 will invalidate the bearish thesis.In such a case, XRP price could surge 30% to retest the local top at $1.96.