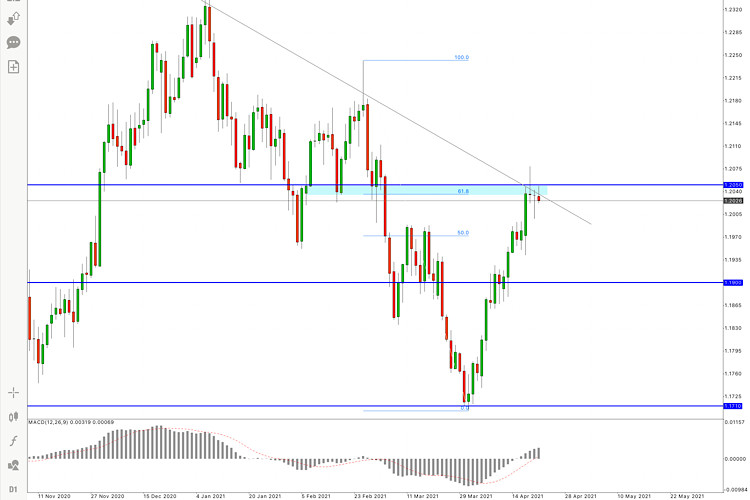 Following the inconclusive price action on Wednesday, EUR/USD now manages to resume the upside and re-visits the mid-1.2000s, or daily highs. EUR/USD moved to fresh peaks around 1.2080 before losing some traction amidst the resurgence of dollar demand and volatility on fresh coronavirus woes.

In spite of the strong bullish move since 31st march, it seems buying pressure had lost their momentum and sellers come in control of the price action, leaving the pair vulnerable to bearish move in the near-term. We can see that on the daily chart candle forms a shooting star occurs after an advance and indicates the price could start falling.The long upper shadow represents the buyers who bought during the day but are now in a losing position because the price dropped back.

Traders typically may wait to see what the next candle does following a shooting star. If the price declines during the next period they may short. On the downside, there are many important supports, starting with recent swing low 1.1960 and critical support level at 1.710.On the flip side, some resistance awaits at 1.2045, which was an initial high point early in the week, followed by 1.2080, April’s high. It is followed by 1.2130 and 1.22.