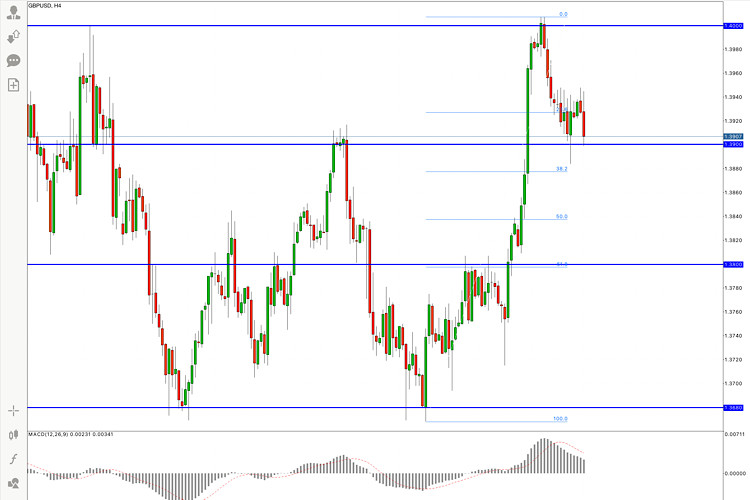 Thursday’s Asian session. The cable bounce off a one-week-old horizontal area during late Wednesday. The GBP/USD pair traded with a mild positive bias through the early European session and was last seen hovering near the top end of its intraday trading range, just below mid-1.3900s.

However, the corrective pullback will soon hit the first hurdle, namely 50% Fibonacci retracement of February-April downside, around 1.3960. Even if the quote manages to cross the immediate resistance, the key horizontal area established since early March and 61.8% Fibonacci retracement level, respectively near 1.4010 and 1.4020, will test the GBP/USD bulls.

Alternatively, a daily close below 1.3900 could neutralize short-term buying pressure and precipitate a short-term pullback towards 61.8% fibonacci retracement at 1.300 psychological round figure mark