Netflix announced today its quarterly financial results and while earning were better than expected, the subscriber growth was worse than expected and top of that the expectations of new subscriber additions for the current quarter are very low. Price is falling by 7% in trading today April 21st 2021. 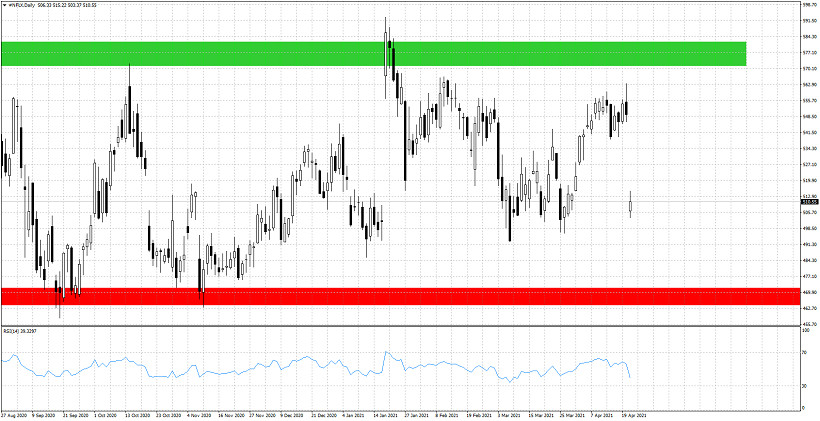 As we explained in our previous analysis on Netflix stock, price was trading in a sideways range and we would prefer to be bearish while price was near the green resistance rectangle area, looking for a move towards the red rectangle support area. Long-term trend remains neutral as price continues to trade inside the trading range. Short-term support is found at $498 area. Breaking below this level will open the way for a move towards $470.