XRP/USD is trading at $1.35 after having made a low at $1.1216. However the bounce that followed was not strong enough to push price above the important short-term resistance. Short-term trend remains bearish as long as price is below $1.50-$1.60 and there is still danger of seeing another short-term lower low towards $1-$0.90. 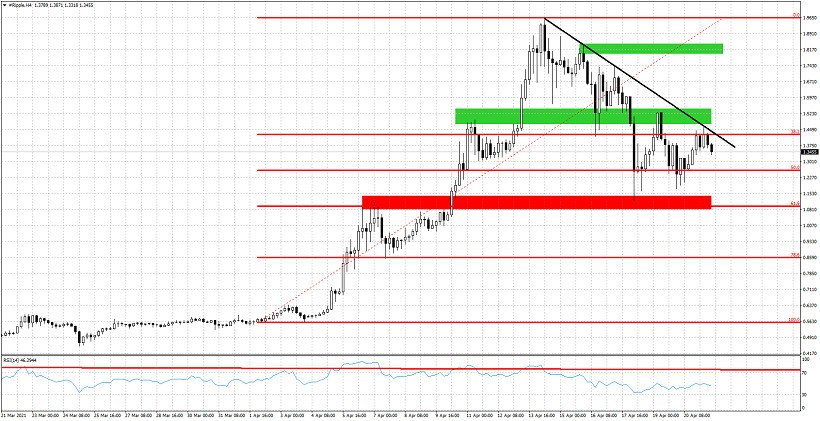 XRP/USD is making lower lows and lower highs. Price touched the black trend line resistance earlier and got rejected. Bulls need to break above the black trend line resistance in order to hope for a move higher towards $2. The 61.8% Fibonacci retracement is important support and a price level very likely for turnarounds. A new lower low below 61.8% Fibonacci level is still possible as long as price is below $1.50-$1.60. If price breaks above $1.50-$1.60 we can then talk about an important low in place. The decline from $1.97 I consider to be a correction to the big upward move and I expect soon to see a major low being formed and an upward reversal.