Ethereum bounced back after registering a temporary decline. Now the cryptocurrency is trading at $2,304.16 versus $2,055.00 yesterday’s low. Technically, the bias remains bullish despite the short-term retreat.

A minor decline was expected after ETH/USD reached a strong resistance area. The downside momentum was stopped by a former higher high which now acts as strong static support.

Ethereum could resume its growth after moving sideways in the short term. Bitcoin’s growth could force ETH/USD to approach new all-time highs. 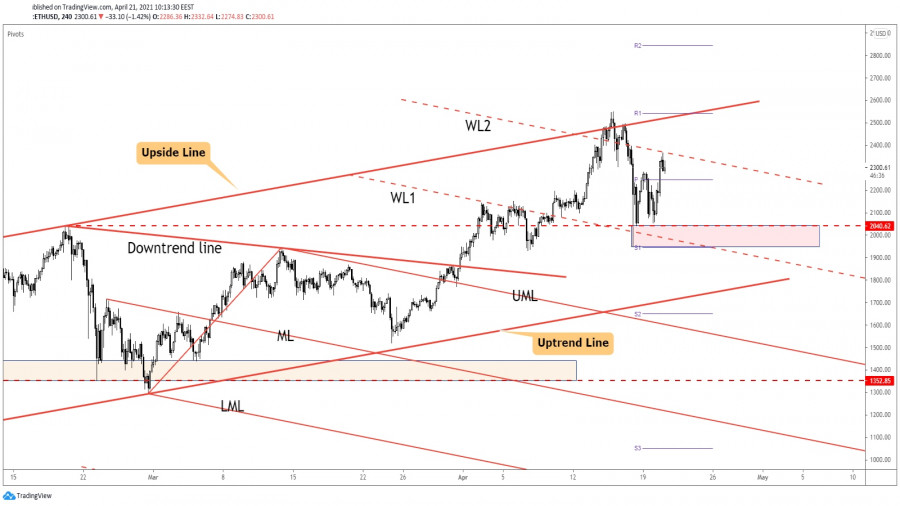 ETH/USD has found support right on the $2,040 level. The false breakdown with great separation through it followed by a retest signaled that the price could come back higher as the decrease is over.

Now it has jumped above the weekly pivot ($2,246.64) which is seen as a bullish signal. It has reached the second warning line (WL2) which represents a dynamic resistance. Registering a valid breakout above the WL2 signals a strong growth ahead.