Silver is trading in the green at 26.076 and it seems determined to resume its growth. It has decreased a little in the short term but the bias remains bullish. The risk-off sentiment could help the price of silver to approach and reach new highs.

USD’s further decline could push XAG/USD higher. Silver should increase if the price of gold will jump higher. Technically, the price has developed a major reversal pattern, so it is still expected to register strong growth. 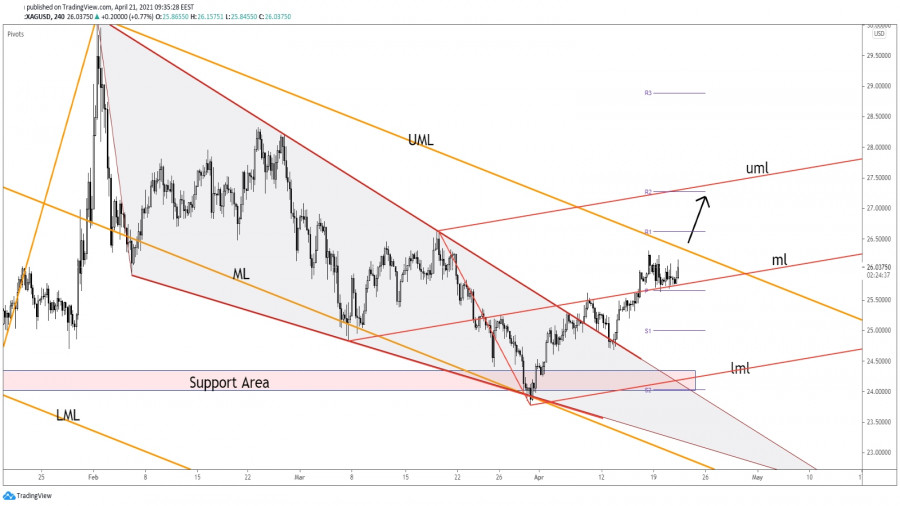 Silver has decreased a little to retest the ascending pitchfork’s median line (ml) and the weekly pivot (25.652). Now is targeting the upper median line (UML), a valid breakout and a new higher high could signal more gains.

The major Falling Wedge pattern was confirmed after the red downtrend line retest. The current consolidation above the median line (ml) could bring a new bullish momentum.

The bias remains bullish as long as XAG/USD stands above the ascending pitchfork’s median line (ml). A bullish closure above 26.304 high is seen as a bullish signal.

Only a valid breakdown below the weekly pivot (25.652) could invalidate further growth.