USD/CAD rallied in yesterday’s session and now it stands at 1.2603 versus 1.2478 yesterday’s low. The price action has developed a potential Inverse Head & Shoulders pattern, but we still need confirmation before going long.

As you already know, the BOC is to release its Overnight Rate later today, while the Canadian inflation data may bring volatility as well. The BOC Rate Statement and the BOC Press Conference could shake the markets and could change the sentiment on USD/CAD.

A hawkish BOC could help the Canadian Dollar to increase again after the current decline versus its rivals. 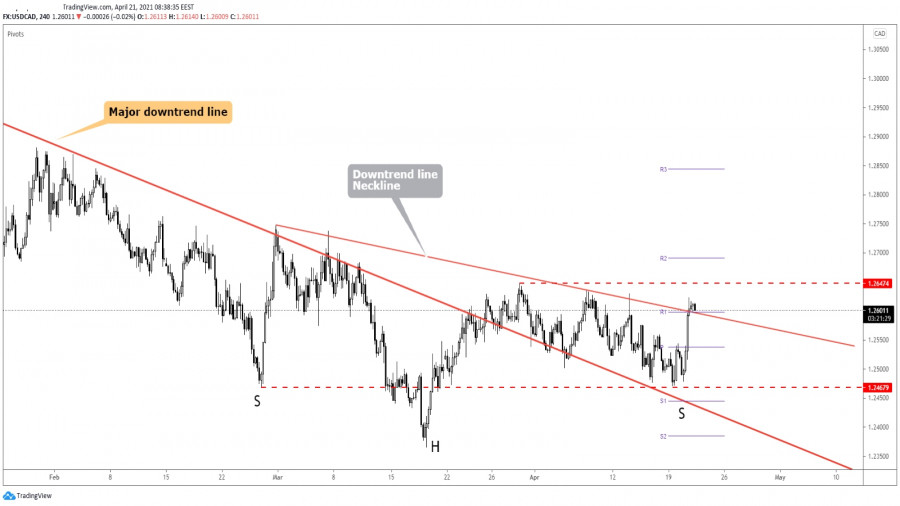 USD/CAD rebounded after its failure to retest the major downtrend line. Now is traded above the weekly R1 (1.2598) and beyond the immediate downtrend line. Stabilizing above these levels could signal a potential further growth.

The major Inverse Head & Shoulders will be activated only if USD/CAD makes a valid breakout above the 1.2647 former high. So, a new higher high could represent a buying signal.

Jumping and stabilizing above 1.2647 activates the Inverse H&S pattern and brings a buying opportunity with a first upside target around 1.29 psychological level.