Bitcoin touched the upper cloud boundary for the third straight day and did not break down. Price today reached $53,370 but is now once again above $56k. The Ichimoku cloud provides confirmed support and as long as we trade above it, we remain bullish. 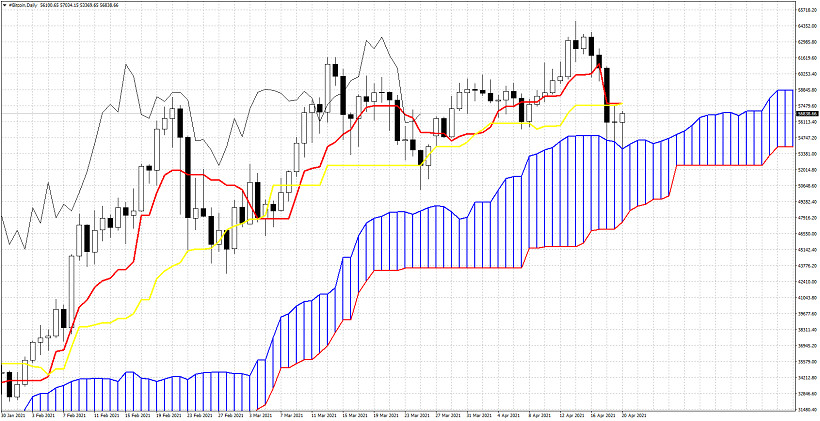 Bitcoin is bouncing off the cloud support. This is a bullish sign. Resistance by the tenkan-sen (Red line indicator) and the kijun-sen (yellow line indicator) is at $57,720. Recapturing this level and staying above it is crucial for the short-term trend.The Chikou span (black line indicator) is still above the candlestick pattern, confirming that trend remains bullish. As we explained yesterday, a break inside the cloud would turn daily trend to neutral.