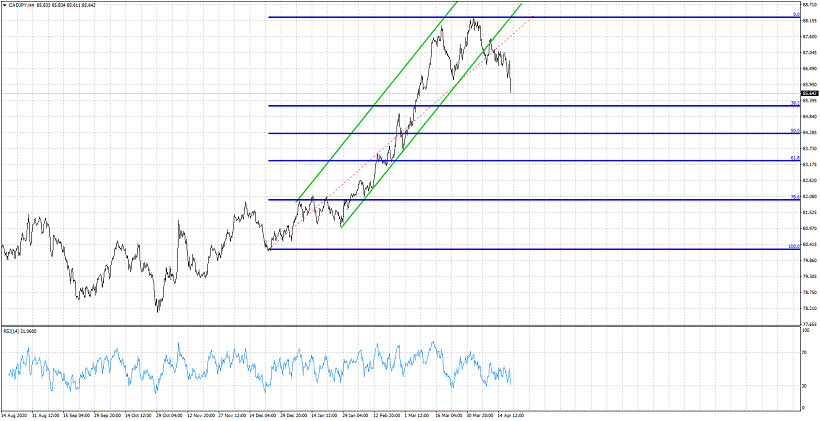 CAD/JPY is approaching the first important short-term support level at the 38% Fibonacci level. This level is at 85.20. The next support level of 50% retracement is at our bearish signal target of 84.20. Resistance is at 86.70-86.90 area. As long as price is below this level then it is vulnerable to a deeper pull back.