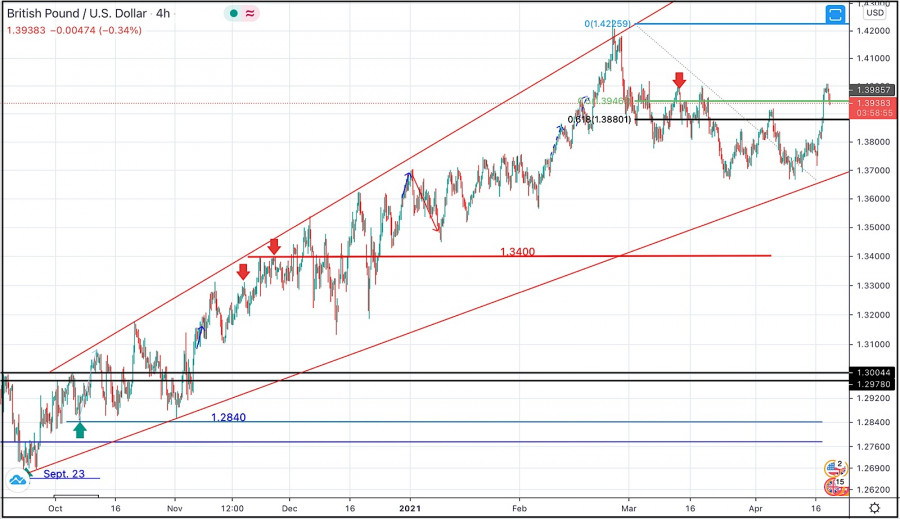 Obvious Bearish rejection and a SELL Entry was suggested around the price zone of (1.4150-1.4200) which corresponds to the upper limit of the movement channel.

Since then, the GBPUSD pair has been moving sideways with some bearish tendency.

However, the GBPUSD pair was trapped above the ascending trend (1.3670) and below the key-level around 1.3850 until a bullish breakout above 1.3945 took place Yesterday.

The current bullish breakout above 1.3900 will probably liberate further bullish movement towards 1.4100 then 1.4200 unless the pair returns to consolidate below 1.3880 once more.