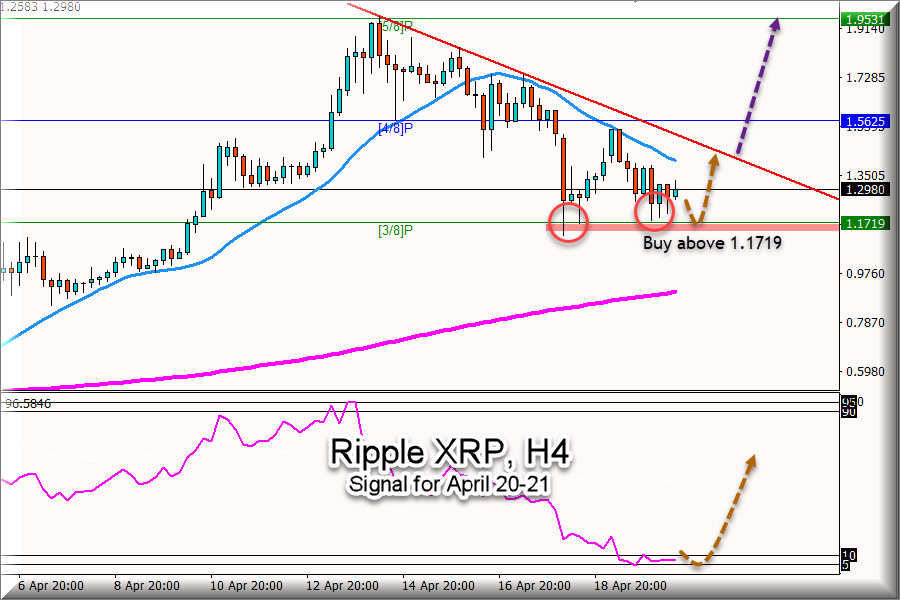 The Ripple XRP in the morning of the American session is trading at $ 1.2980, below the 21 SMA and below a downtrend channel, and above strong support at $1.1719.

Ripple (XRP), has a strong support in the 3/8 of Murray around $1.1720, at this level we note that it has left a double bottom, this could be a good point to buy with medium-term objectives at the resistance of $1.9531 .

The eagle indicator is in positive territory, showing an oversold signal, which also supports our outlook for a new bullish momentum in the short term.

This week Bitcoin is making a technical correction and consolidating after having registered a new high at the levels of $64,000, in turn the altcoins are also taking a breather, like Ripple.

However, this will give us an opportunity to buy low and take a good position for the new wave that could take Ripple to the $ 2.50 level in the coming months.