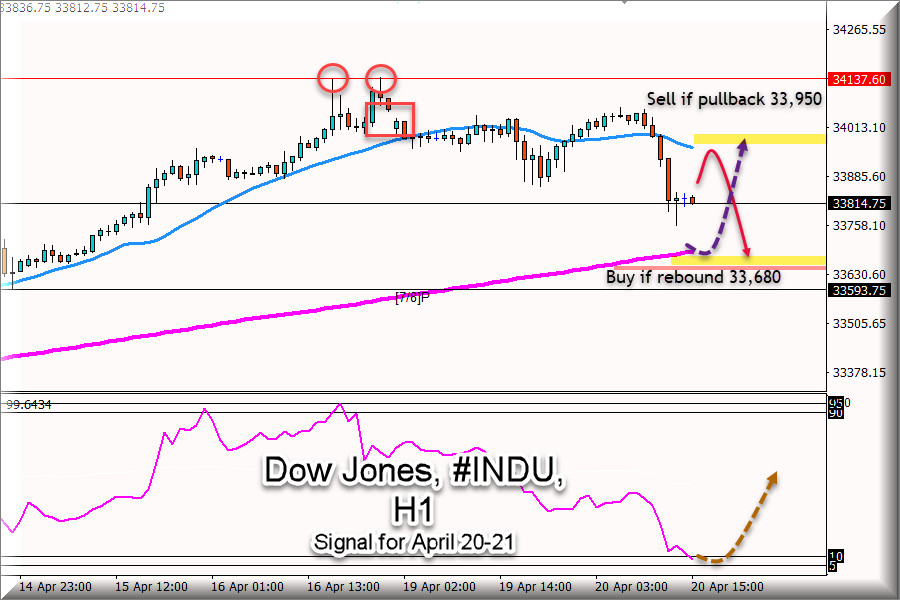 The Dow Jones #INDU in the morning of the American session is trading, – 0.81%, falling close to 180 points after having completely closed the gap that it left at the opening of the session this week, now it is taking a breather after closing last week at record highs thanks to the good quarterly results of major financial institutions.

The Dow Jones is trading cautiously and investors are poised to take profits after last week’s rally.

A recent pullback in US 10-year bond yields from 14-month highs has supported the Nasdaq and Dow Jones bullish movements at record levels.

On the technical level we note that the Dow Jones, in 1-hour charts is trading below the SMA of 21 and below the strong resistance of 34.137, at this level the #INDU has left a double top formation, since that point is now falling.

Given that the Dow Jones faces the 200 EMA and Murray’s 7/8 around 33,600 this will be a good point to buy the Dow Jones, given that in the medium term the upward trend continues to prevail.

Our recommendation is to sell below the 21 SMA around 33,950, and buy at the bounce of the 200 EMA around 33,680. The Eagle indicator is showing an oversold signal.