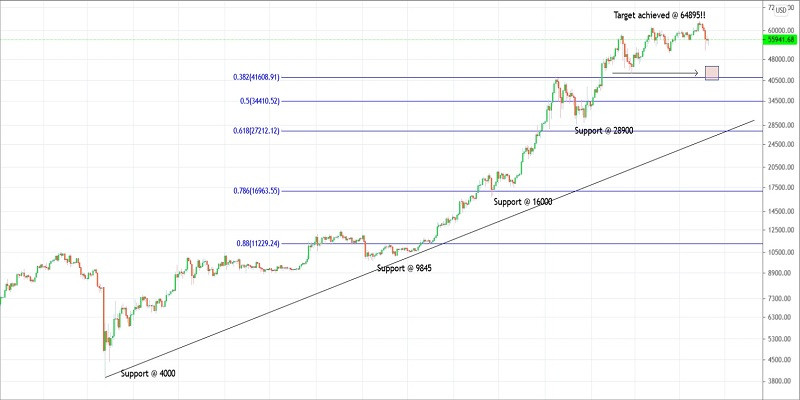 Bitcoin almost hit the projected targets at $63,000 and $65,000 respectively over the last 02 weeks as discussed here. The sharp decline towards $51,300 levels last week was also in line with expectations. Short term traders might book profits now, while medium term traders might want to hold until $41,000/42,000 levels respectively.

Also note that immediate price support is at $50,500, followed by $43,000; while resistance now stands around $65,000 levels respectively. Bitcoin is expected to remain in control of bears for a short term (few weeks), before the final leg rally resumes towards $75,000 and further.