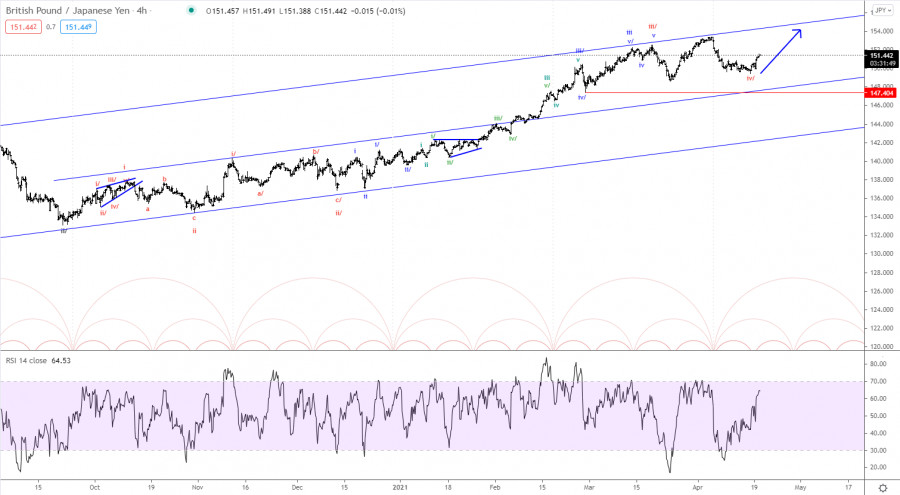 The break above minor resistance at 151.09 is a clear indication that red wave iv/ has completed and red wave v/ is in motion for a rally to 153.32 on the way higher to 156.66. We will stress that red wave iv/ could turn into a triangle. If this is the case, we should look for a rally to 152.22 followed by a decline to 150.61as the triangle evolves. Nevertheless, the final outcome remains the same an impulsive rally higher towards 153.32 and 156.66.