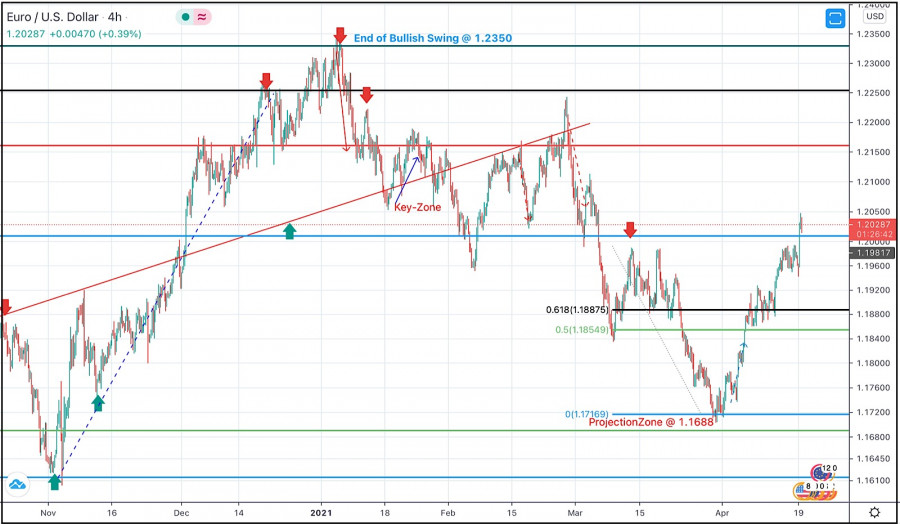 In late February, a recent bullish spike has pursued towards 1.2150 – 1.2200 (backside of the broken channel limit) where bearish rejection was previously anticipated.

Shortly after, the EURUSD pair has launched the current bearish decline below 1.1820. Further bearish continuation was expected to pursue towards 1.1690.

Around 1.1690, a high probability bullish trade could be taken, a bullish pullback has been initiated since then.

This recent bullish pullback towards the price zone of 1880 failed to find sufficient SELLERS. That’s why, more bullish advancement is being demonstrated towards 1.1050.

Currently, failing to apply sufficient bearish pressure around 1.2000 will favour more bullish movement towards 1.2100 unless the EURUSD returns back below 1.2000 soon enough