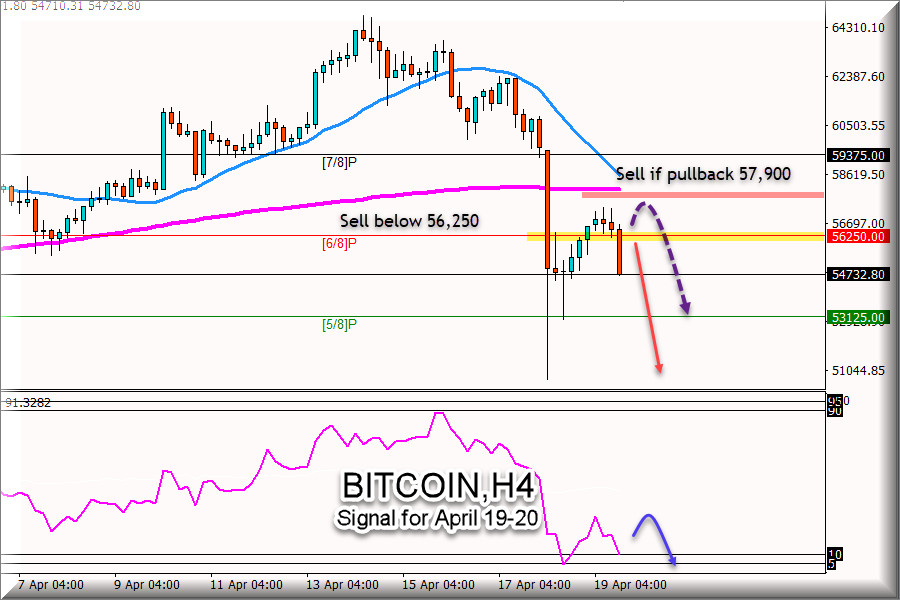 The Bitcoin, the leading cryptocurrency, fell as much as 16.5%, over the weekend, due to a strong technical correction, after having peaked at $ 64,768.

The triggers for this fall, according to our point of view, may be for purely technical reasons, others speculate that the catalyst may have been speculation about an imminent crackdown on money laundering by the US authorities; others attributed it to a power outage in Xinjiang, where much of the world’s bitcoin mining takes place.

However, on the 4-hour chart, we note that Bitcoin is below the 200 EMA and the 21 SMA, which keeps BTC under downward pressure, in addition to the strong resistance of 56,250, it also acts as a strong roof.

Given that the market is under downward pressure, we recommend waiting for a rebound below the 200 EMA located at 57,900, in order to sell with targets of 50,000 in the medium term.

Also a pullback towards Murray’s 6/8 will be a good selling opportunity, with targets at 51,500. The eagle indicator is in the oversold zone, therefore, we must wait for a rebound to sell the BTC again.