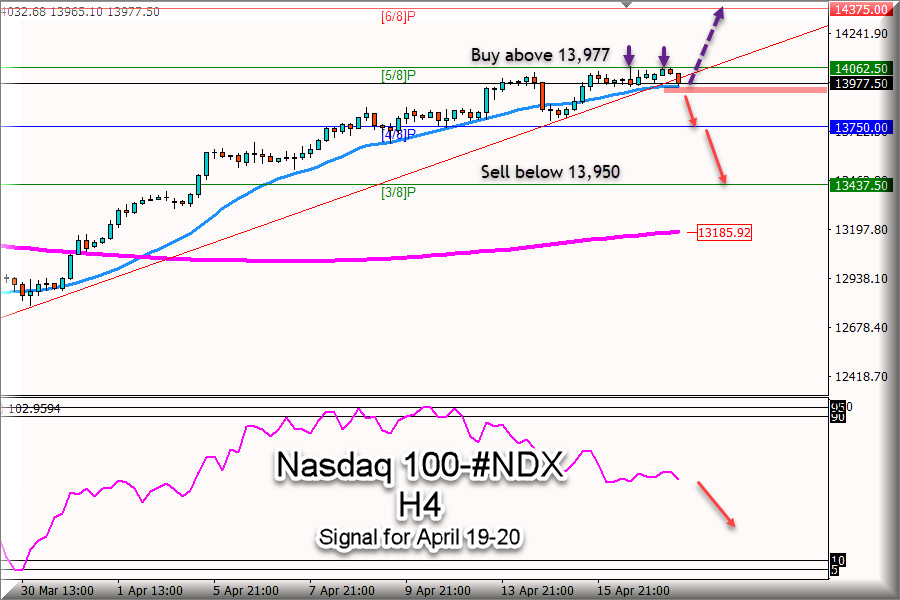 The Nasdaq 100 at the opening of the American session, is trading near the 21 SMA in 4 hours charts, after having found strong resistance at 14,062 Murray’s 5/8 level.

Last week, we noticed that the Nasdaq has made a double top at 14062, from that point we have seen a correction of the Nasdaq, if this decline continues there could be a downward acceleration to the supports we have indicated.

Our recommendation is to sell below 13920, as the market is overbought, and the markets are turning to risk assets.

The eagle indicator from last week is showing a bearish divergence, although the market was bullish, this could support the correction of the Nasdaq in the coming days.