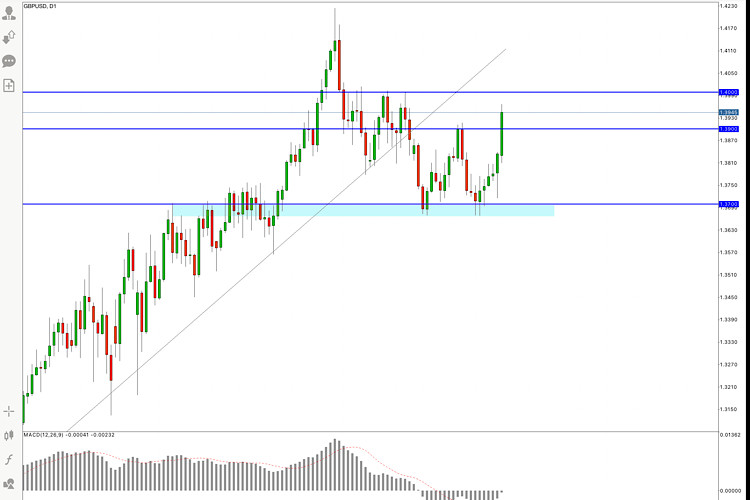 On Monday, GBP/USD started the week with an extension of Friday’s surge. Namely, the currency pair confirmed previous resistance at near 1.3800 as support and resumed the surge that started just before mid-day on Friday.

The bearish pressure surrounding the US dollar remained unabated amid expectations that the Fed will keep interest rates lower for a longer period. This, in turn, was seen as a key factor that allowed the GBP/USD pair to build on last week’s solid rebound from 100-day SMA support, near the 1.3670 area.

Looking at the technical picture, a decisive breakthrough a one-month-old descending trend-line and the 1.3900 mark was seen as a key trigger for intraday bullish traders. A subsequent strength beyond the monthly swing highs, around the 1.3920 region might have set the stage for additional gains. Next target for a surge is the 1.400 psychological round figure mark.

On the other hand, the price could consolidate by trading above the support of the 1.3900 mark. The 1.3900 mark now seems to act as immediate strong support. Any further weakness might now be seen as a buying opportunity.