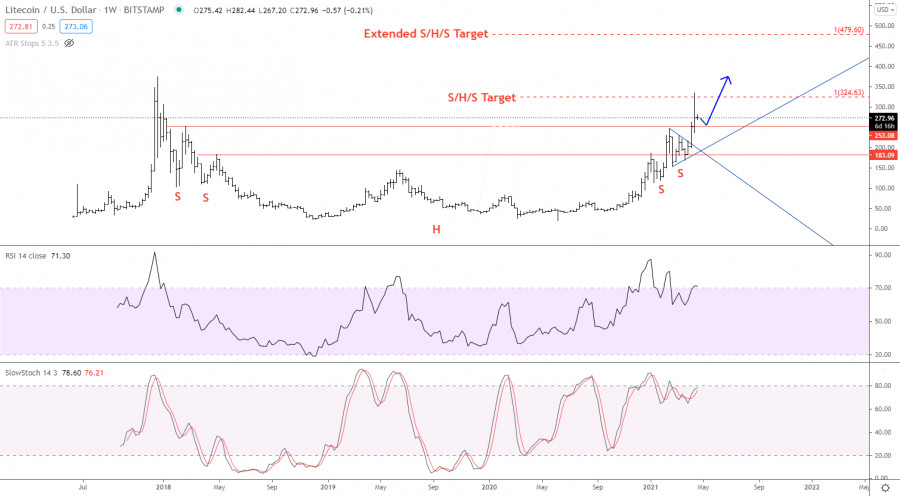 It’s only a week since we called for Litecoin to continue its advance towards the S/H/S target near 324 and Saturday this target was hit (the high was seen at 335.79). After hitting the target Litecoin was sold off in what we see as a correction and ideally support near 253 will be able to protect the downside for the next rally higher towards the extended S/H/S target seen at 479.60. It’s possible that Litecoin will be halted just before this target near the 2018 peak at 375 for a temporary consolidation before higher again towards 725 or higher.

Only an unexpected break below 167.67 will call for a major top being in place and see a much deeper correction.

Buy Litecoin near 253 for the next rally higher towards 375 and possibly even closer to 479.